Writing result-oriented ad copy is difficult, as it must appeal to, entice, and convince consumers to take action.

Thank you! Your submission has been received!
Oops! Something went wrong while submitting the form.
Art of Problem Solving

Math is beautiful. But most students won’t get to see that beauty until it's too late.

Quanta interviewed AoPS Founder Richard Rusczyk on how Art of Problem Solving teaches math as a creative discipline, and why the accumulation of knowledge isn't the end goal of learning – rather, it's about being playful, open, and willing to try new things.

The Power of Problem Solving for Young Students

Because of the way math is taught today, most students don’t experience “joyous, beautiful math” or problem solving until too late in their educational journey. Richard discusses two potential causes:

1 - Many math classes hide the creativity of math.

“The most creative people I know are mathematicians. They have to create new frameworks in which to create new knowledge. They are creating castles in the sky.”

Students often say they’re not a “math person” because they’re bored with math, Richard says. But that’s because they've been taught that math is arithmetic. Most classes are handing students formula sheets to memorize, instead of equipping them with the problem solving skills it takes to creatively tackle a challenge.

“They haven't been taught that math is discovery,” Richard says. “Math is a creative discipline.”

We’re delaying entire areas of math (a.k.a. the really cool stuff) until college – but unfortunately, many students don’t make it that far.

“If you’re comfortable, you’re not learning anything,” Richard says.

Problem solving is about not getting it right the first time – or the second time, or even the third time.

When they’re young, students have no problem coming back to try something again and again. They’re built to be resilient.

The problem is, students learn over time that they should fear failure.

“Learning is hard, it’s painful … it’s a little frustrating,” Richard says. “But that's the sign that you’re getting somewhere with whatever you’re trying to learn.”

We need to bring in difficult challenges earlier and put students in situations where they will be trained to persevere.

A Problem Solving Approach for Math and Beyond

“[At AoPS] we teach students how to solve problems they’ve never seen before. And math is a really powerful way to teach that,” Richard says.

AoPS teaches students how to do challenging problems from day one. Our curriculum leads with problems, not with formulas for how to solve them. We want the students to discover and develop the tools they need.

“We’re trying to get across the mindset of openness and willingness to engage with things we don’t understand at first,” Richard says. “It’s about a process, not an accumulation of knowledge.”

When students are more playful and exploratory with a problem and try different things like adding or subtracting constraints, they take greater ownership of the challenge at hand.

“If a student discovers math for themselves, it becomes their math, instead of just something that was told to them.”

And this approach goes far beyond math. These types of skills can translate to solving hard problems in any subject – in school and in life.

Richard talks about when he first got to Princeton as an undergrad:

“I realized I had training they didn’t have. That training was all those years of staring at problems I didn't know how to do and having to learn how to fight through them. I had learned how to take basic ideas and solve really difficult problems. And to transfer that general skill into physics, into computer science, into engineering, into economics, into philosophy.”

How do families find and access resources and curricula that train students in problem solving? That’s a challenge AoPS is trying to solve.

“Meanwhile, we’re removing a lot of these opportunities from schools. The set of students who are getting involved in these programs is getting narrower and narrower. So as a result, our country has a much narrower pool of people who are going into advanced math and science.”

And that’s the last thing we want. That’s a missed opportunity for the student who will never know what they’re capable of – as well as for us as a society, because that student will be the one most capable of making medical and technological advances tomorrow.

We need to reach students without the means or the knowledge to look for opportunities outside the classroom.

Therefore, AoPS’s next step in their evolution includes working more closely with schools through its Beast Academy curriculum, empowering teachers to give their students the same experience we give our students.

“We need to be drawing talent from across our entire population.”

Thank you! Your submission has been received!
Oops! Something went wrong while submitting the form.
By clicking this button, I consent to receiving AoPS communications, and confirm that I am over 13, or under 13 and already a member of the Art of Problem Solving community.

The Future of Digital Education, with Matthew Rascoff 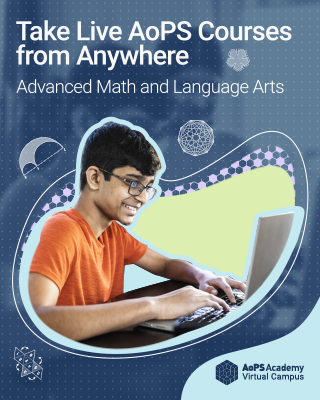 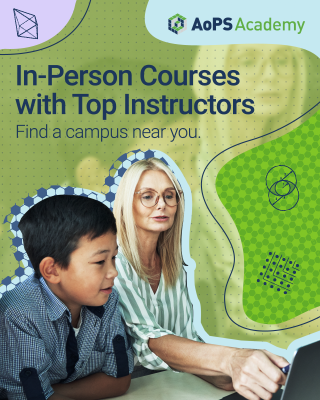 The Math of Winning Wordle: From Letter Distribution to First-Word Strategies

How Improv Can Train Innovators, with Deana Criess

Alcumus: A peek under the hood of our adaptive learning tool

How to Work Through Hard Math Problems

Thank you! Your submission has been received!
Oops! Something went wrong while submitting the form.

By clicking this button, I consent to receiving AoPS communications, and confirm that I am over 13, or under 13 and already a member of the Art of Problem Solving community. View our Privacy Policy.

Art of Problem Solving is an ACS WASC Accredited School

Our Team
Our History
Jobs